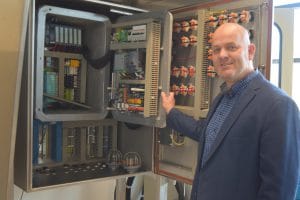 Our engineering manager John Meijer shares his knowledge. Every month, he discusses a different topic in the field of electrical safety. This time his blog is about Ex i circuits.

Why Ex i circuits?

It often happens that we receive design packages for control cabinets that do not comply with current laws and regulations. According to the ATEX 153 directive, you must prevent the risk of explosion by taking certain measures. That is why I would like to mention a few points of interest that are important in the design of intrinsically safe circuits such as: building an Ex I circuit, the distance between Ex i and “dirty” circuits, grounding and documentation of Ex i circuits.

What is Intrinsic safety

Intrinsic safety is achieved because a circuit contains so little energy that it cannot cause ignition. A circuit can be made intrinsically safe by limiting four components: amperage, voltage, power, and temperature. This form of protection can only be applied to circuits that operate at relatively low power.

An intrinsically safe circuit is not about a single device, but about the entire circuit. A circuit in which (even in the event of damage, short-circuits or other specific conditions) no sparks or thermal effects can occur that could ignite an explosive atmosphere. This function must also be maintained in the event of a fault in one of the components in the circuit.

Construction of an intrinsically safe circuit 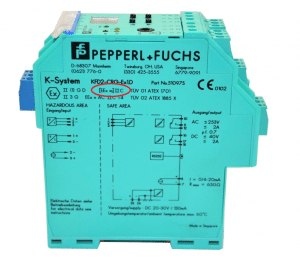 What does the standard say about intrinsic safety?

In chapter 16 of the NEN-EN-IEC 60079-14 standard for explosive atmospheres (part 14: electrical installations design, selection and erection), a number of things are mentioned that you should consider in your design. A few important topics are the distances between the blue and gray wire ducts and connection terminals within control panels.

We often see that the distance of 50mm between the blue (clean) and gray (dirty) wire ducts and terminals, is not maintained in junction boxes with non-intrinsically safe and intrinsically safe power chains. In practice there is regular discussion whether or not this is mandatory or permitted. So let’s see what part 14 of the standard says about this.

Distance between blue and gray terminals 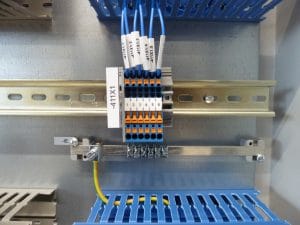 Photo 2: isolated ground rail for the Ex i signals

In intrinsically safe circuits, the earthing terminals of safety barriers, without galvanic isolation (e.g. Zener barriers), must be connected to the equipotential bonding line by the shortest possible route. Alternatively, these earthing terminals must be reliably connected to a system earth so that the impedance (from connection point to system earth of the central power system) is less than 1 Ω. You may do this by connecting to the busbar or by using separate earthing points. The conductor used must be insulated to prevent fault currents to earth. Care should also be taken to ensure that mechanical protection is in place where there is a high risk of damage. The core cross-section of the earth connection must be formed by at least two separate conductors, each with an assigned value to carry the highest possible current that can flow continuously, each with a minimum of 1.5mm2 (copper) or at least one conductor of at least 4mm2 (copper).

A document must be created in which you describe all intrinsically safe systems. This document should describe an analysis of the security level. This means that you have to make a calculation in which you check the capacitance, resistance and current of all components in the loop. This is to find out whether the energy present in the loop remains below the limit at which an explosion can occur. The entire loop must also be drawn in a sketch, with all components and parameters being named. See an example of our document below.

You may not just use any blue cable with Ex i circuits. You may only use cables with a nominal insulation value of at least 500VAC or 700VDC, between conductor and earth, conductor and screen and between screen and earth. The diameter of individual conductors, or strands of multi-strand conductors, within the hazardous area must not be less than 0.1mm. For multi-core cables, the following applies: 500VAC or 700VDC between interconnected individual wires and the screen or 1000VAC or 1400VDC between a bundle, consisting of half of all interconnected individual wires in relation to the other half. The insulation value must be tested and demonstrated with a document from the cable supplier, the manufacturer or the installer.

Unused conductors in multi-core cables must be well insulated on the field side from earth and from each other by terminating them at the ends. On the clean side in the cabinet, these wires must be connected to the insulated clean earth of the corresponding device. This should preferably have a different color: they are often marked yellow / black. The wires must be well insulated in the field from the dirty earth and from each other by means of suitable insulated terminals at the other end. The use of heat shrink tubing or termination of the unused conductor in suitable terminals is permitted. So the spare wires must not come into contact with the “dirty earth” anywhere, but only with the clean earth to which the corresponding device (e.g. the Zener barrier) is connected.

Below are a number of practical examples (photo 3) where no 50mm2 airway is used, by creating a distance between the wire ducts or placing a metal separation plate between them. The standard says that you must also take into account the influences of magnetic fields, such as those from nearby electrical lines or single-core high-current lines.

The photos below are a good example where you can see that the power lines from the main switch in the gray gutter run right along the blue intrinsically safe gutter, without separation or spacing of 50mm. This is not allowed.

Do you have any questions or comments about this blog? Or do you have suggestions for a topic for the next one? Don’t hesitate to contact us, leave a message below!

Stay up to date

In order to improve your visit to our website, we make use of cookies. With these cookies, we collect and analyze anonymous user data. You can read more about this topic in our Privacy Statement.